I’ll admit it. For as much as I praise the Chemex and the Aeropress, I’m also the same kind of person who can get down on a Green Tea Frappucino. Working at starbucks in the early 2000’s I promise you I had no choice but to drink literally a million GTF’s. Since I worked at Starbucks I also know what a pain in the butt making a frappucino actually is. It’s not that it’s necessary hard to make, but it takes someone off bar long enough to get backed up with their other drink orders. I don’t think I could bring myself to have a poor barista make me one ever again. I decided to try and whip up something similar. No, this isn’t the exact recipe, but a good copy. For the recipe to be exact you would need some creme frappucino base from Starbucks (which you can’t have). I also stay away from dairy so it wasn’t really an option for me even if I could get my hands on it. So using ingredients around the house I came up with something similar, healthier, and definitely tasty! 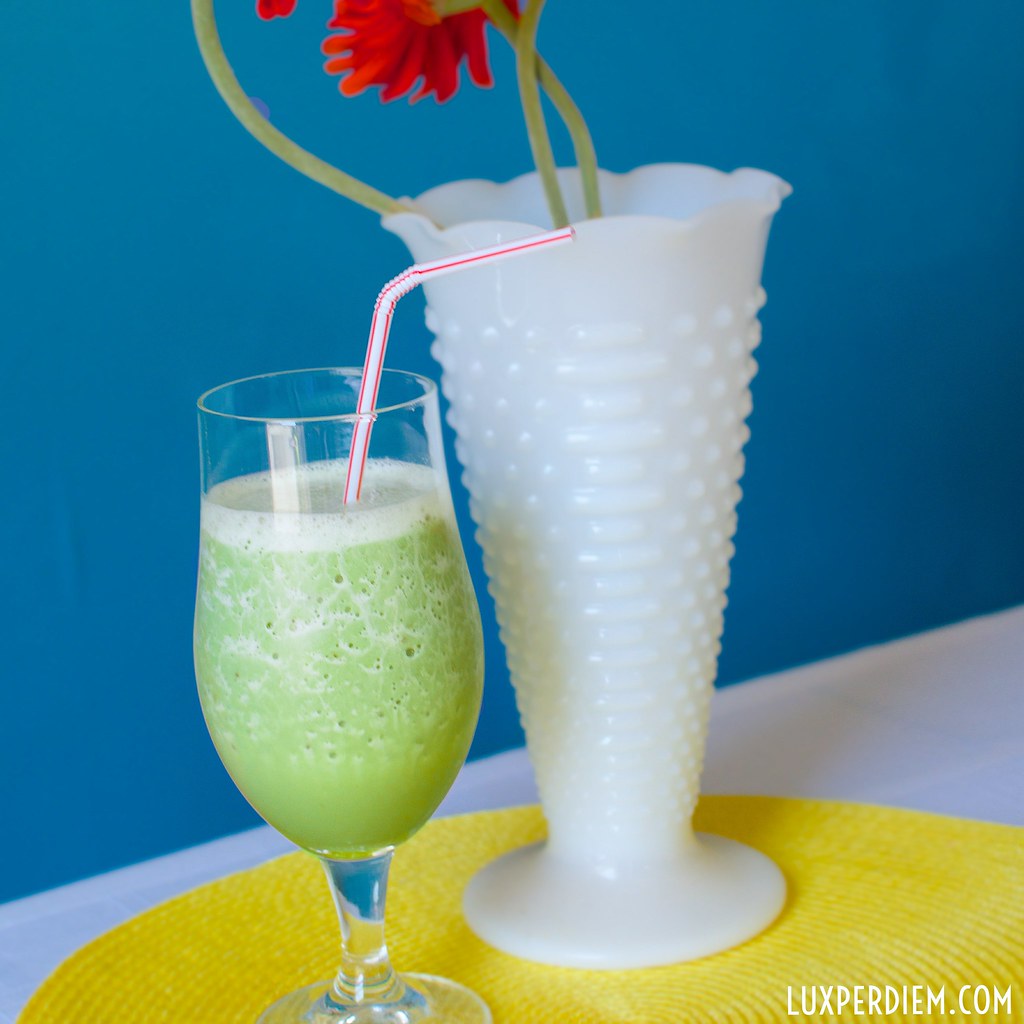 Take your blender (here’s what I use, one of the most handy christmas presents Brian has ever gotten me!) and fill it up about halfway with ice. Cover the ice with the almond milk and add the rest of the ingredients save your sweetener. Add more milk as needed to reach the desired consistency. Taste and then add more matcha powder or sweetener per your preference. I added about two tablespoons of raw honey to mine. Blend again to combine and you’ve got a delicious smoothie! This recipe makes two large smoothies or about three small ones. You could garnish it with whip cream if that’s your thing!