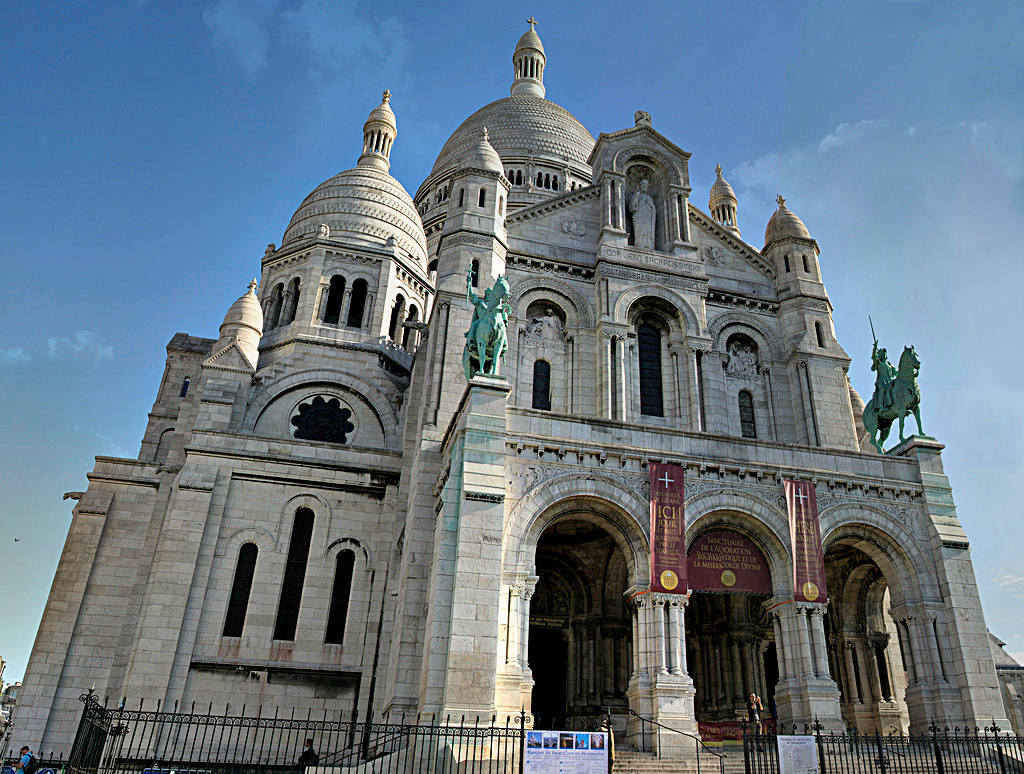 The first sight we saw was the closest to our little Paris Apartment, Basilique du Sacré-Cœur. We went bright and early around 9:30 to beat the crowds. We had learned the day before when we were looking for some place to eat that this place gets crazy crowded just after lunch. So we hiked the what felt like endless steps just to get to the church. You could always take the funiculaire, but at 8 euros, I’d rather just suck it up. The day was lovely, and even though I was panting like a dog by the time we reached the entrance it wasn’t all that horrible to make it up to the top of the hill. The view from the hill alone is amazing, check out the panoramic photo below! 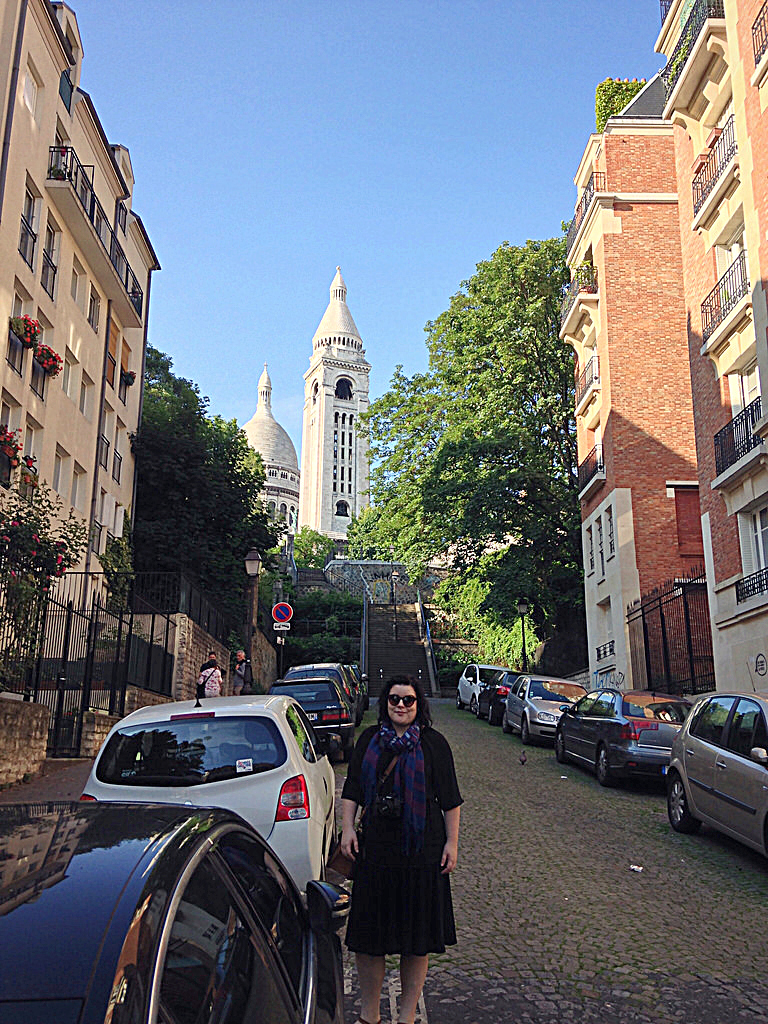 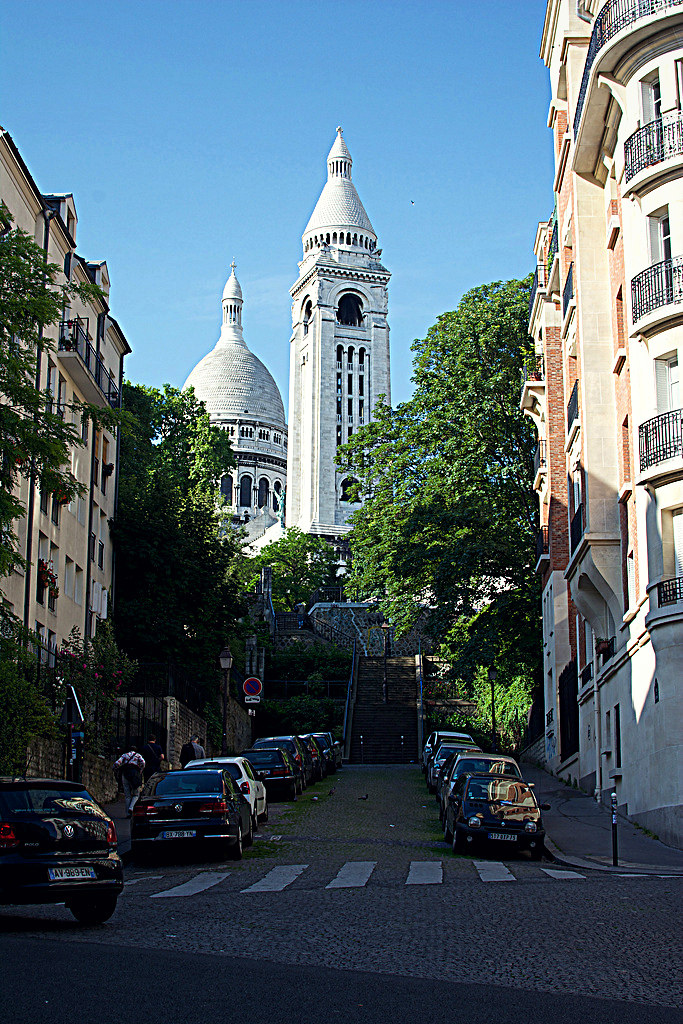 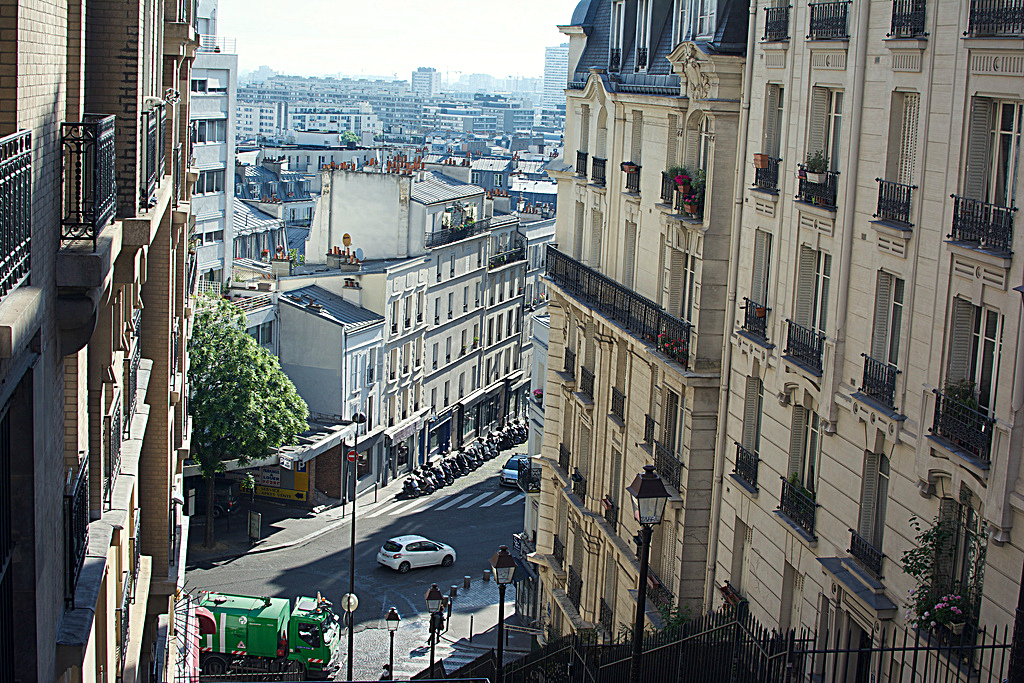 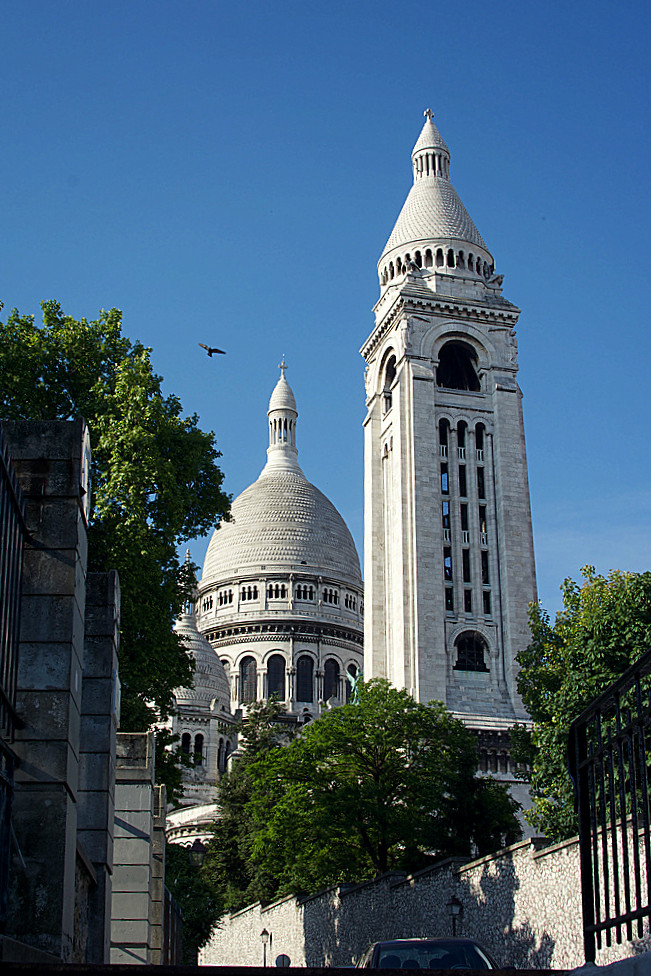 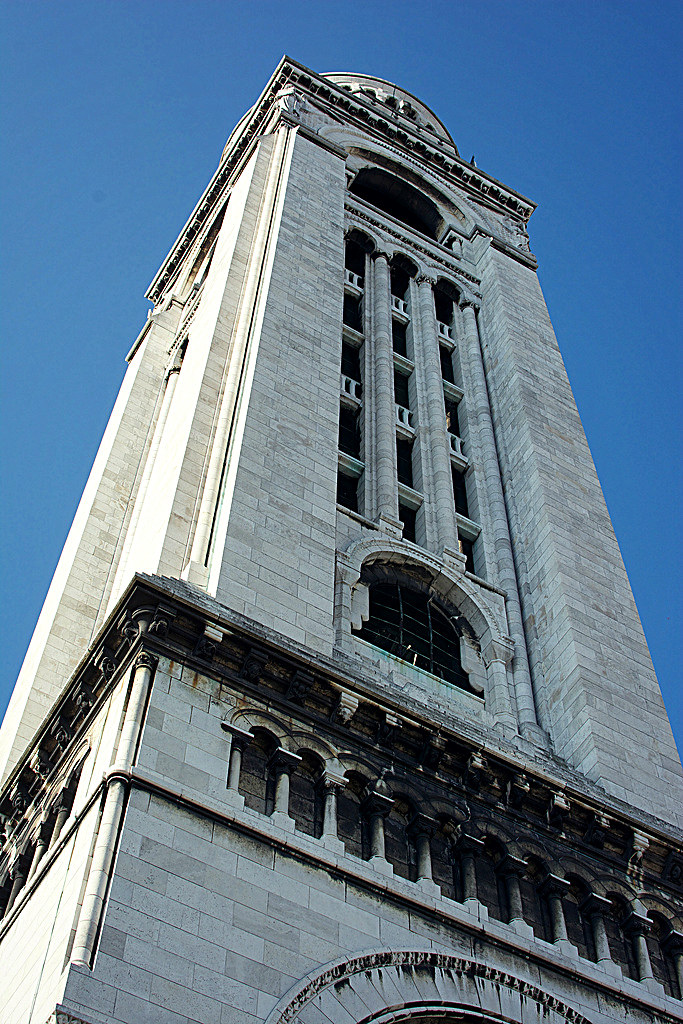 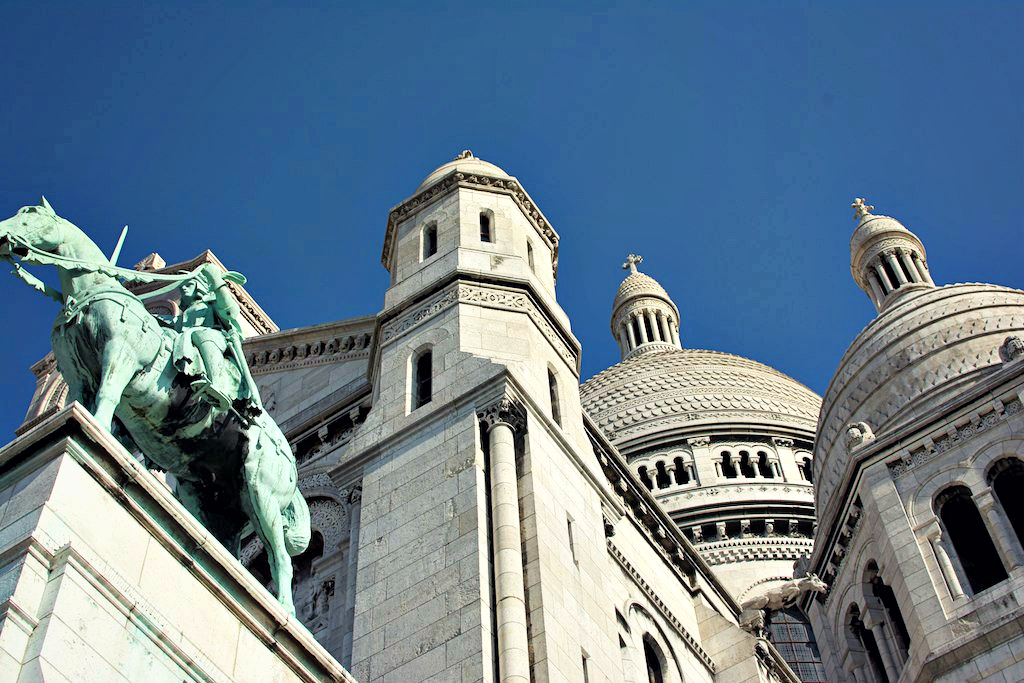 The view fron the front steps of the church. click to enlarge 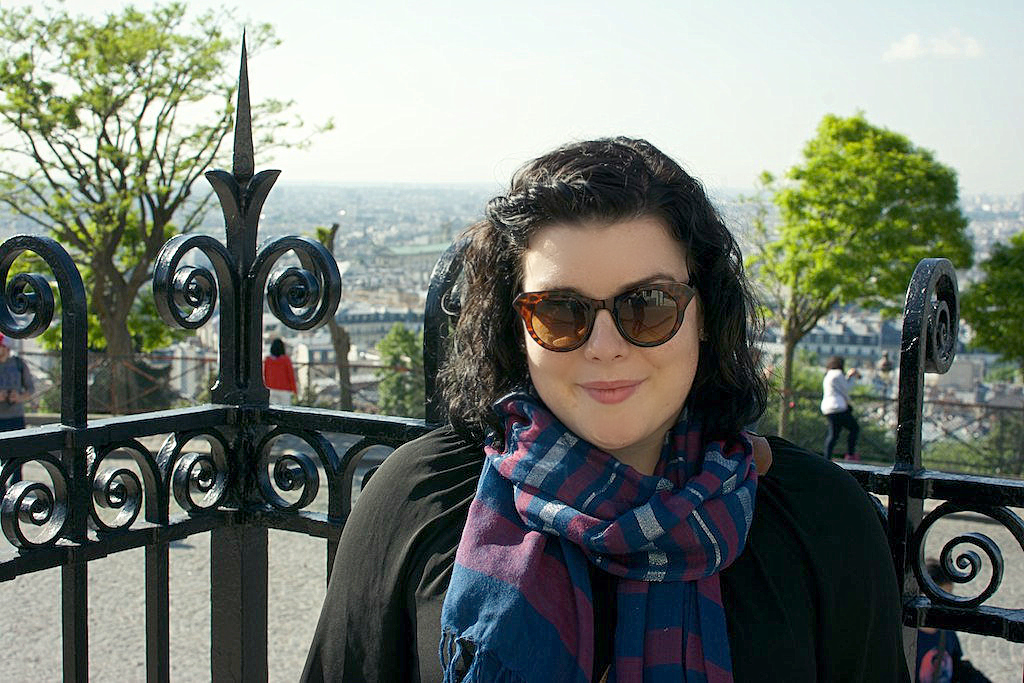 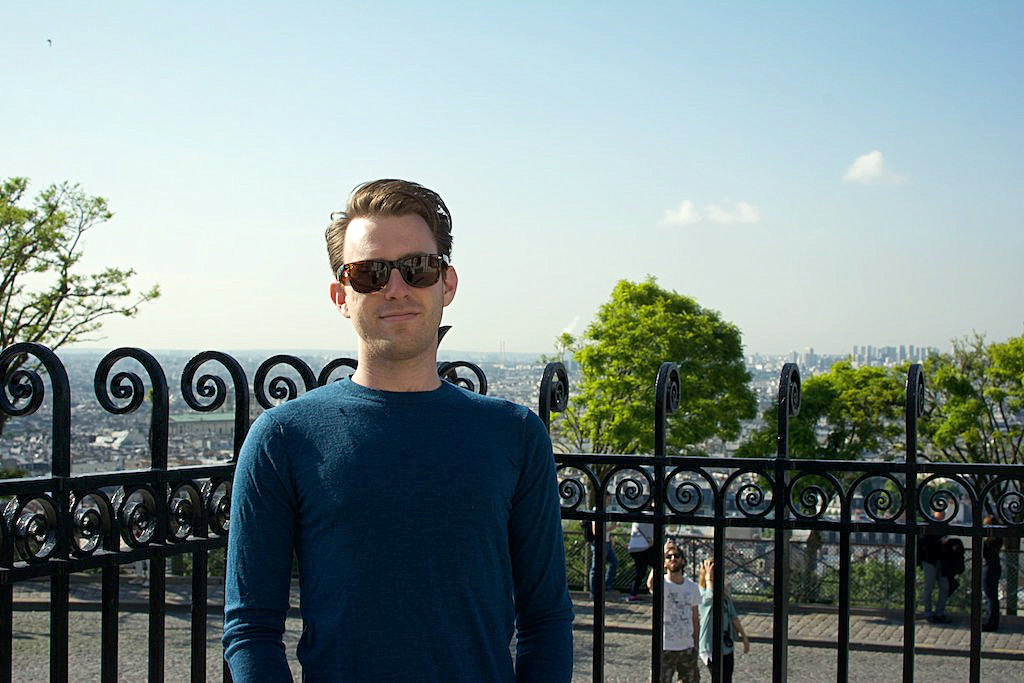 The inside of the church was beautiful. Entrance to the chapel is free. Although the church was completed in 1914 it feels much older. Technically you aren’t “supposed to” take photos in the chapel area. I did sneak a few, but no one was the wiser. They’re were some tourists using flash, throwing up peace signs, and getting yelled at accordingly. I just turned the flash off, and kind of blindly aimed. The three photos below are the only ones I got of the chapel, and believe me they don’t do it justice. It’s breathtaking. 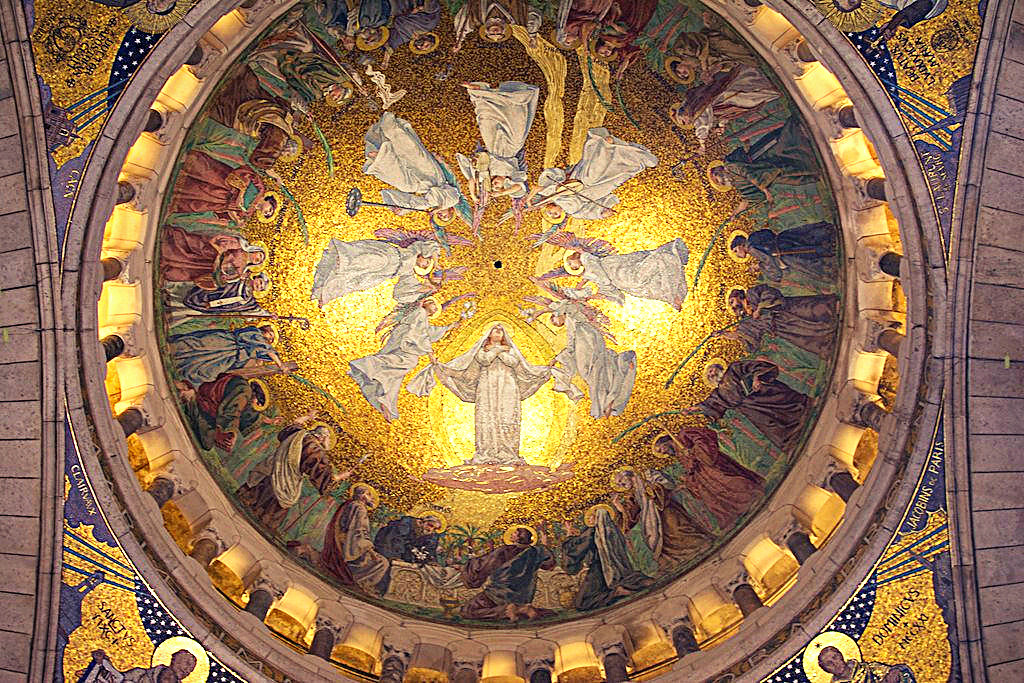 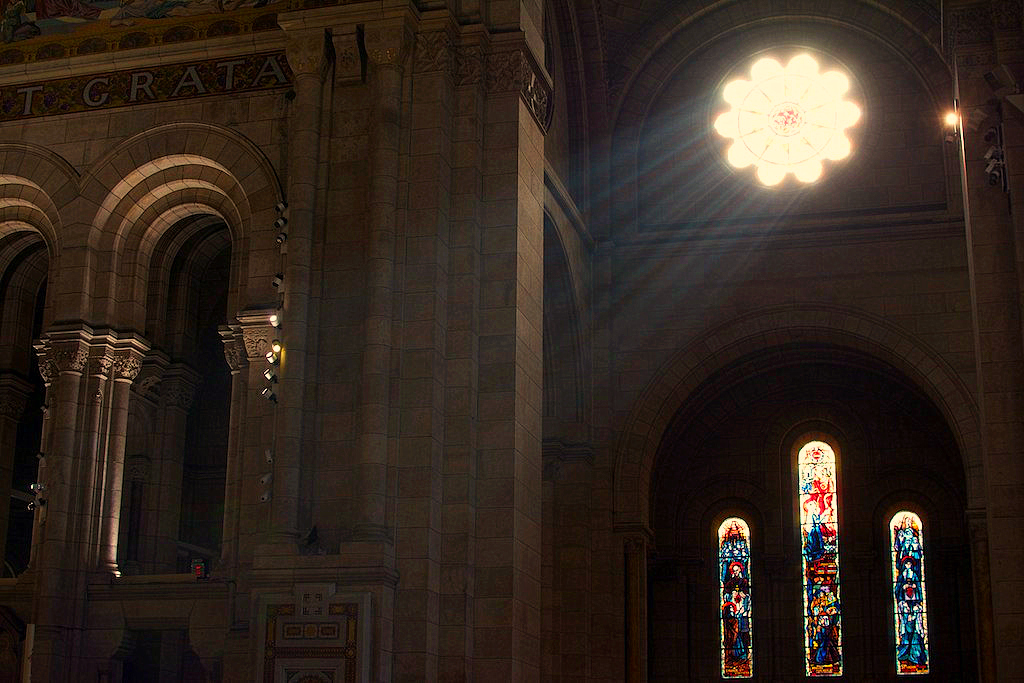 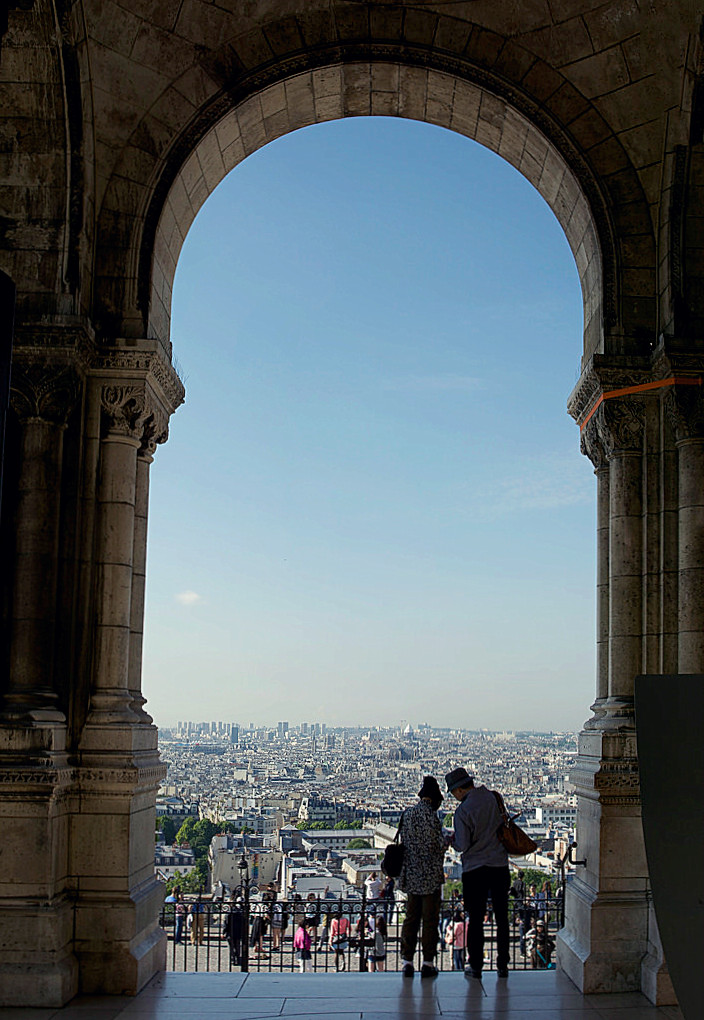 The crypt and the dome aren’t free, but you can buy a combined ticket for about 8 euro. Neither of these are covered by the Paris museum pass, so go ahead and bite the bullet and get the combined ticket at the basilica. If you get there early, just remember the french seem to have a much looser sense of time than most Americans do. If the posted hours are that the dome and crypt open at 10, it might not be until 10:30 that someone actually arrives at the ticket booth.

The photos below are from the crypte. It was dead (get it?) when we were there, which made it feel a bit spooky. It’s worth a look, there’s so very cool stained glass, bones, and statues. It’s also very cool temperature wise. You’ll need a bit of a break before you attempt to climb to the top of the dome anyway. 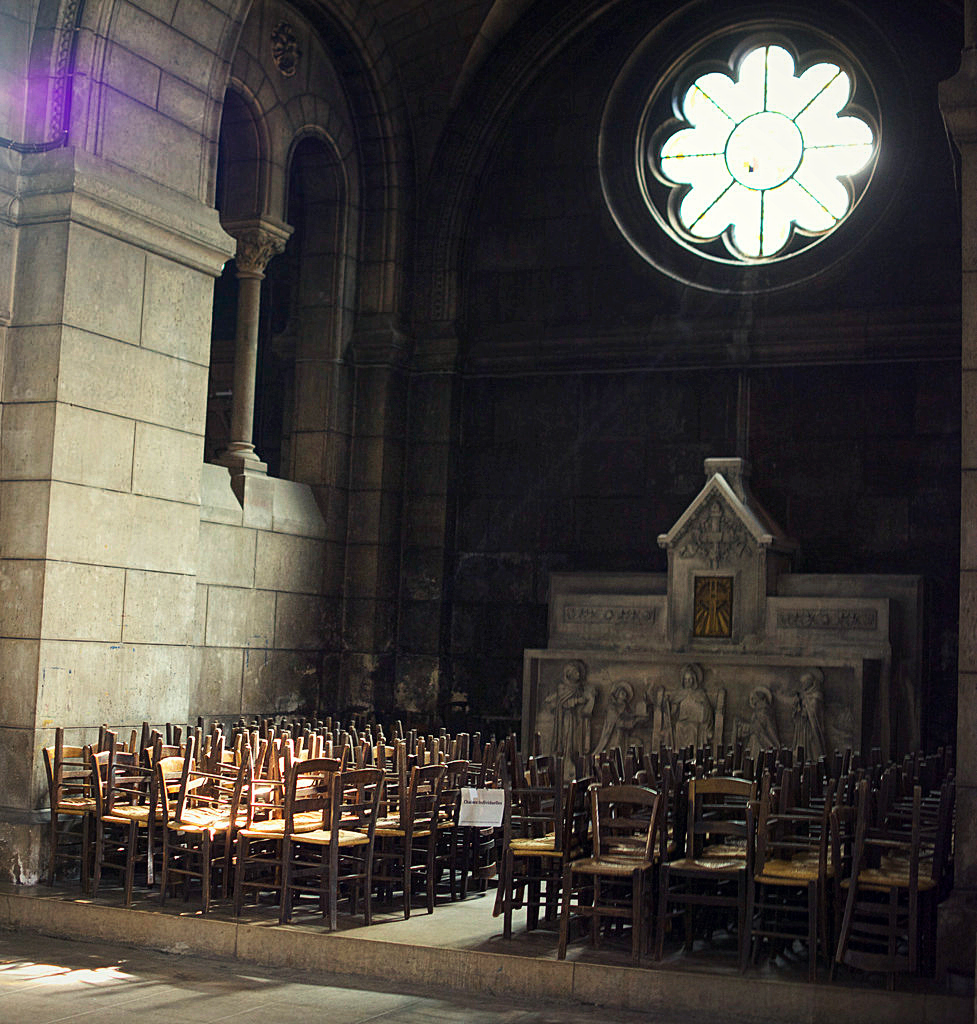 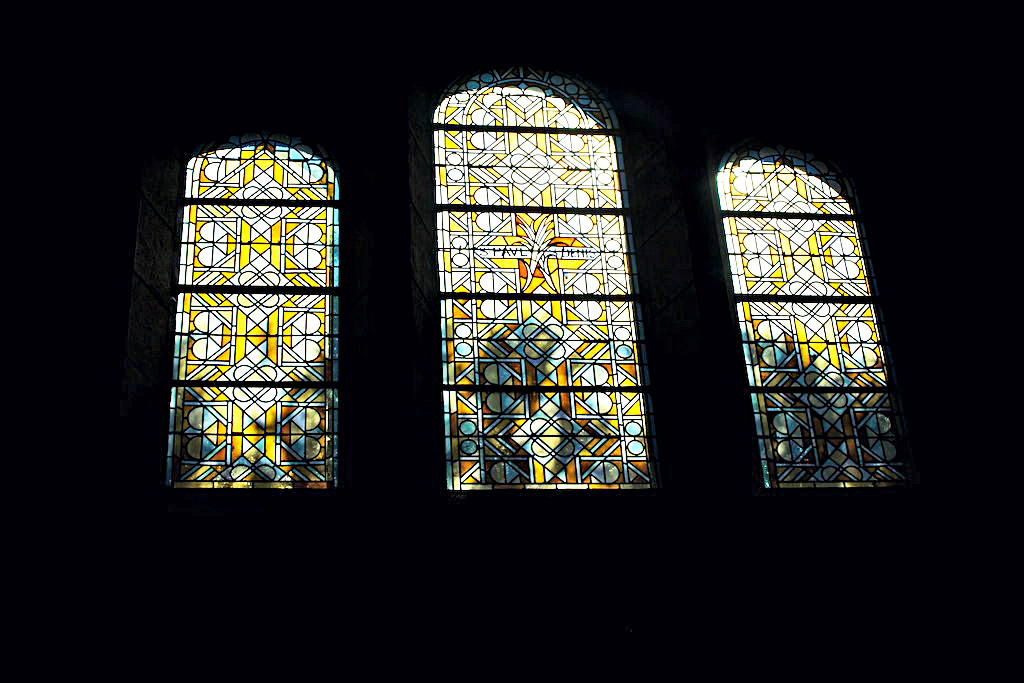 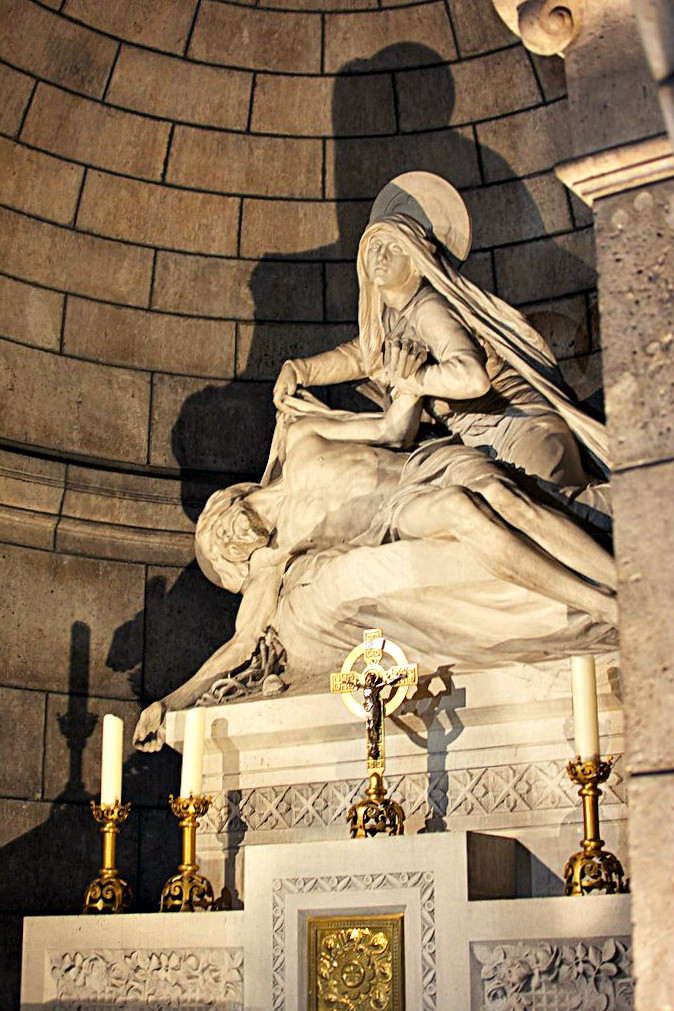 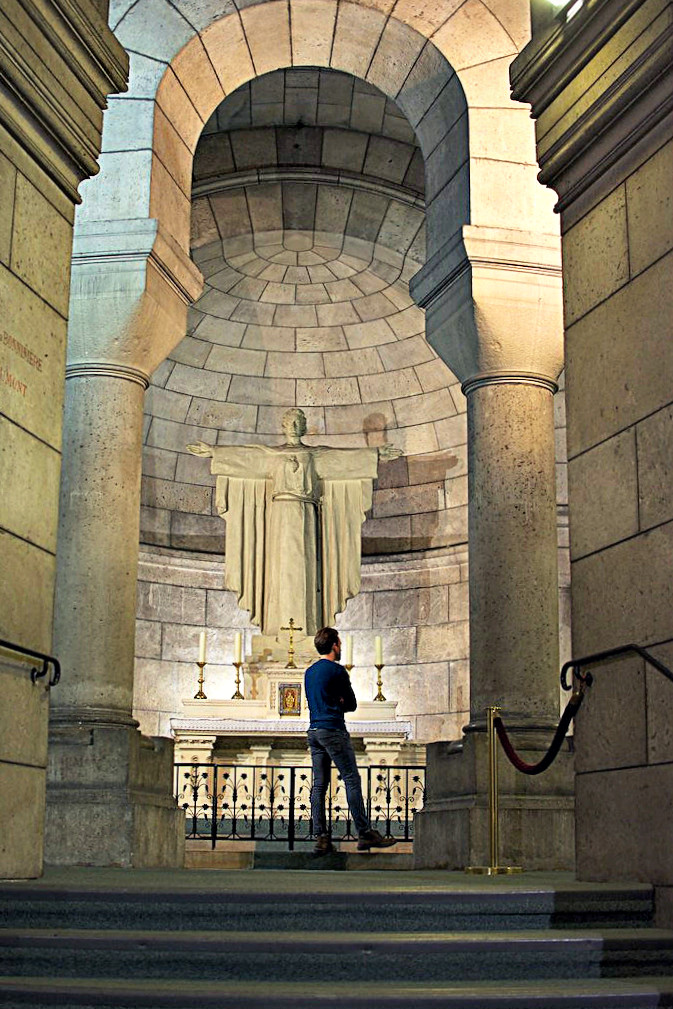 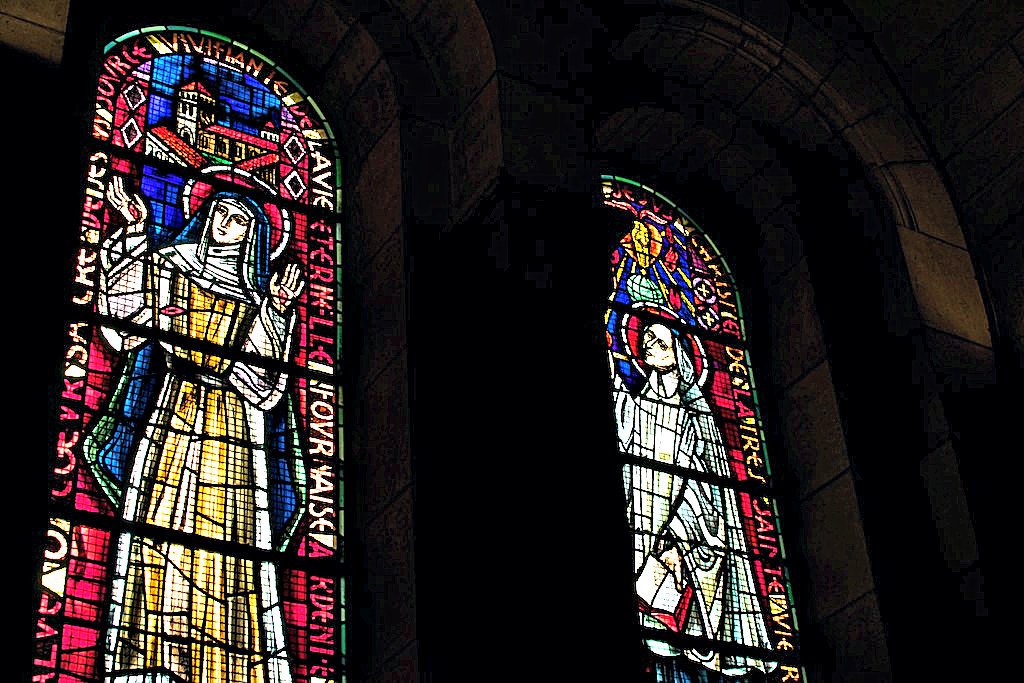 My favorite part of the basilica was most definitely the dome. It’s a “brisk” 300 step climb, in a mostly winding, very claustrophobic staircase. As we climbed them some German children behind us counted every step, which was super cute. You have to climb a few staircases after the first tower’s steps to make it to the final tower to reach the top. Be prepared for pigeon poop! It was neat to see the gargoyles up close, and still be close enough to the ground to see the hustle and bustle starting to pick up at the shops around Sacre Coeur. Make sure to stop and take in the sights at the halfway point as well! 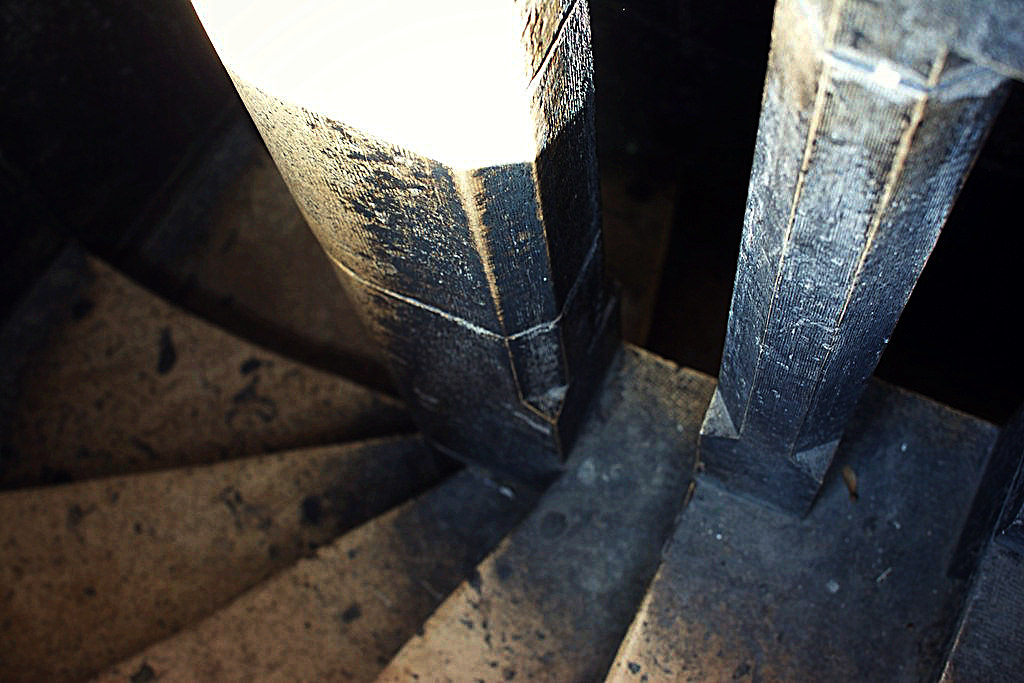 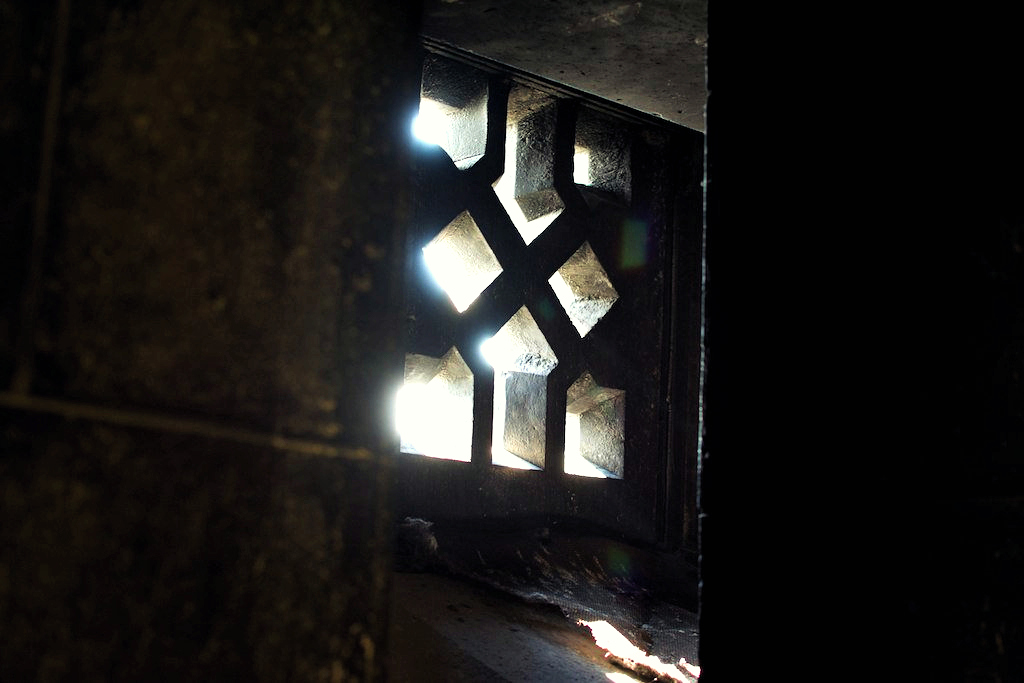 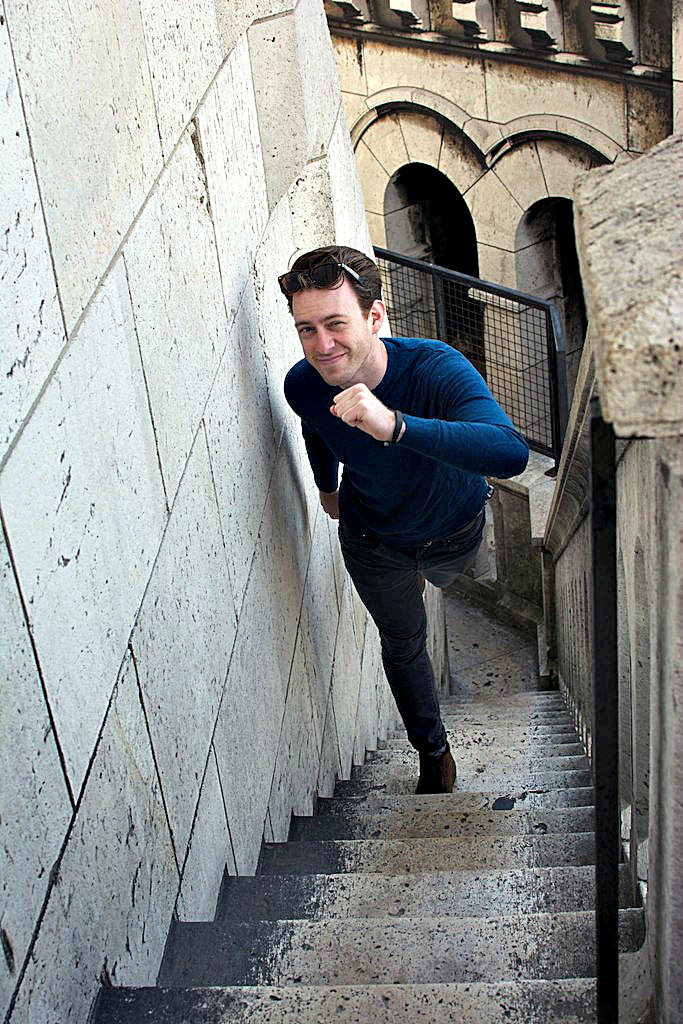 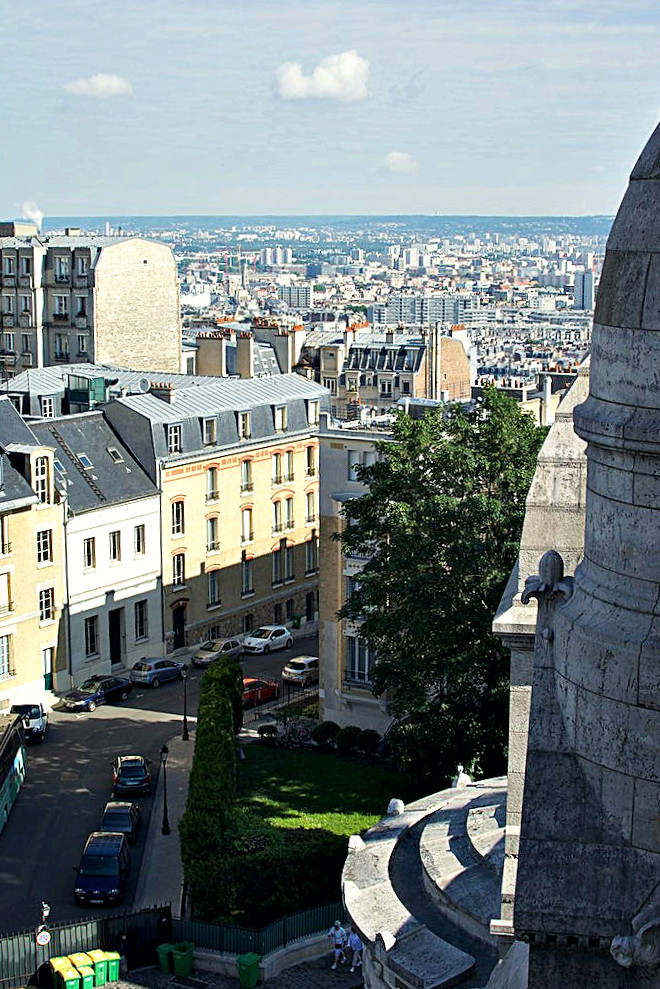 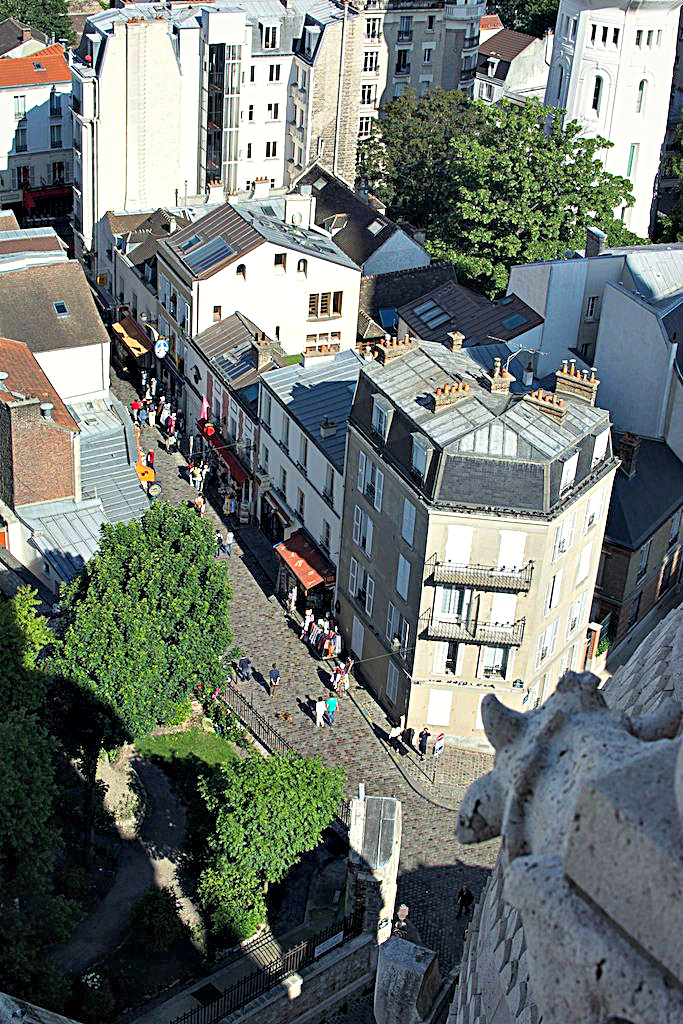 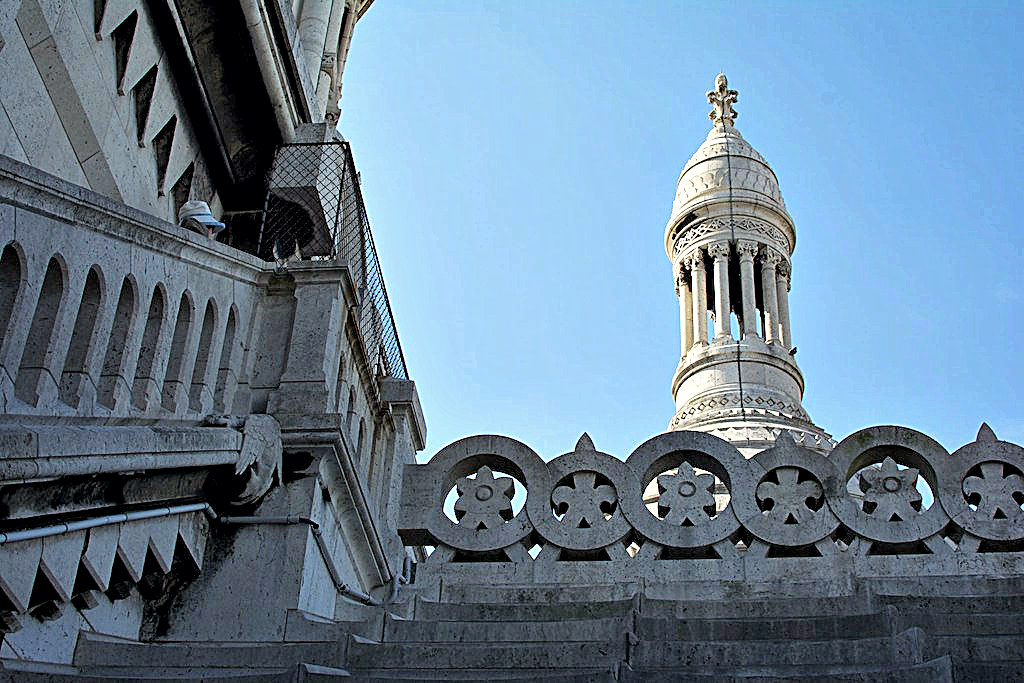 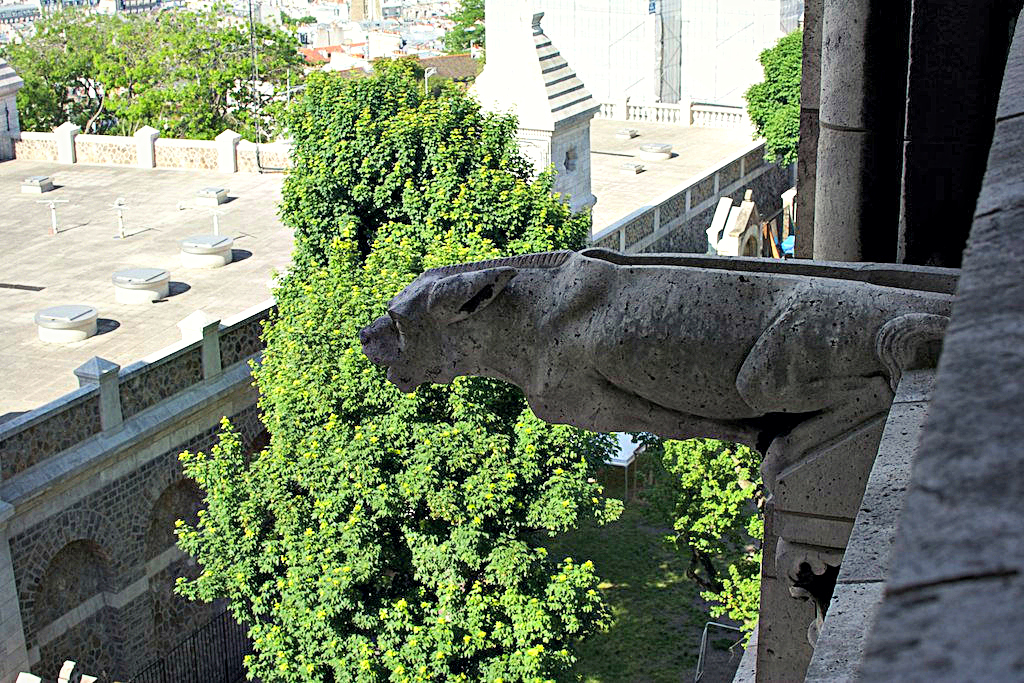 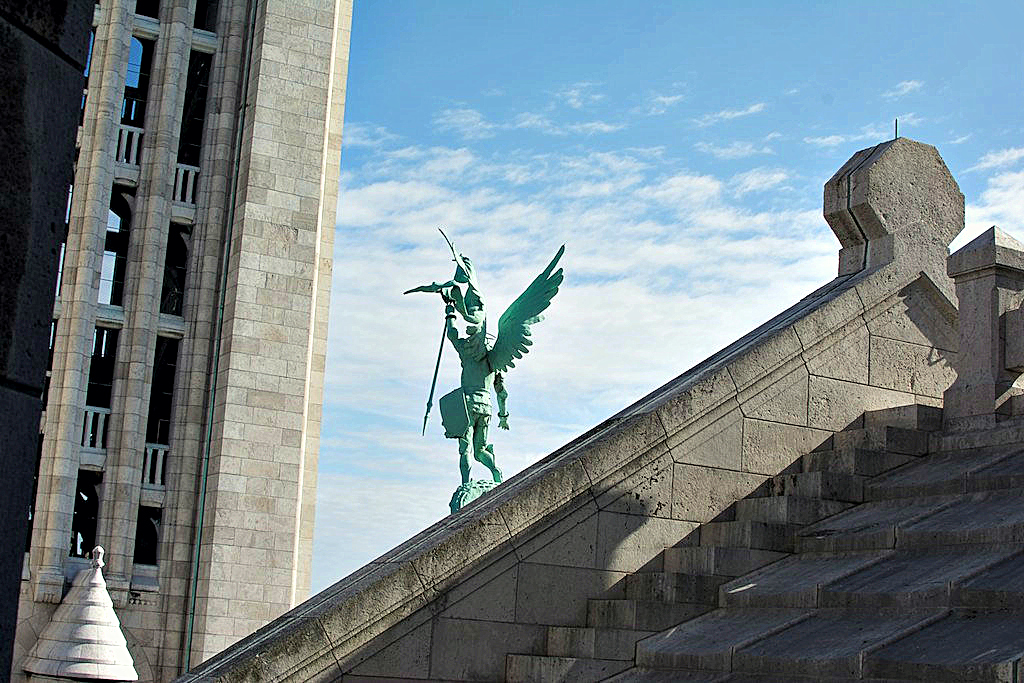 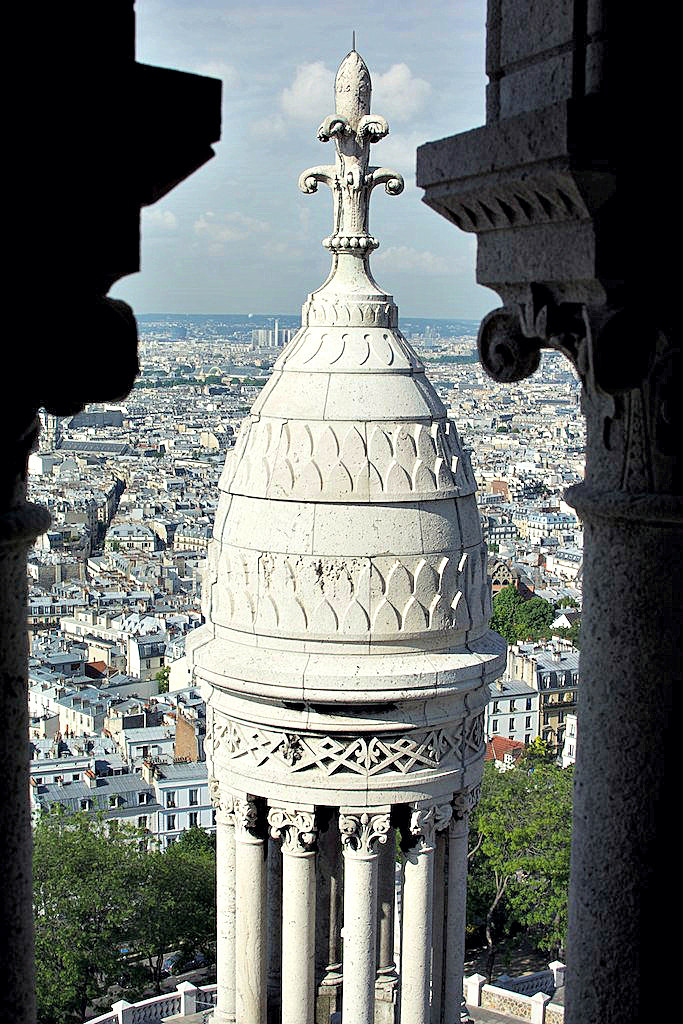 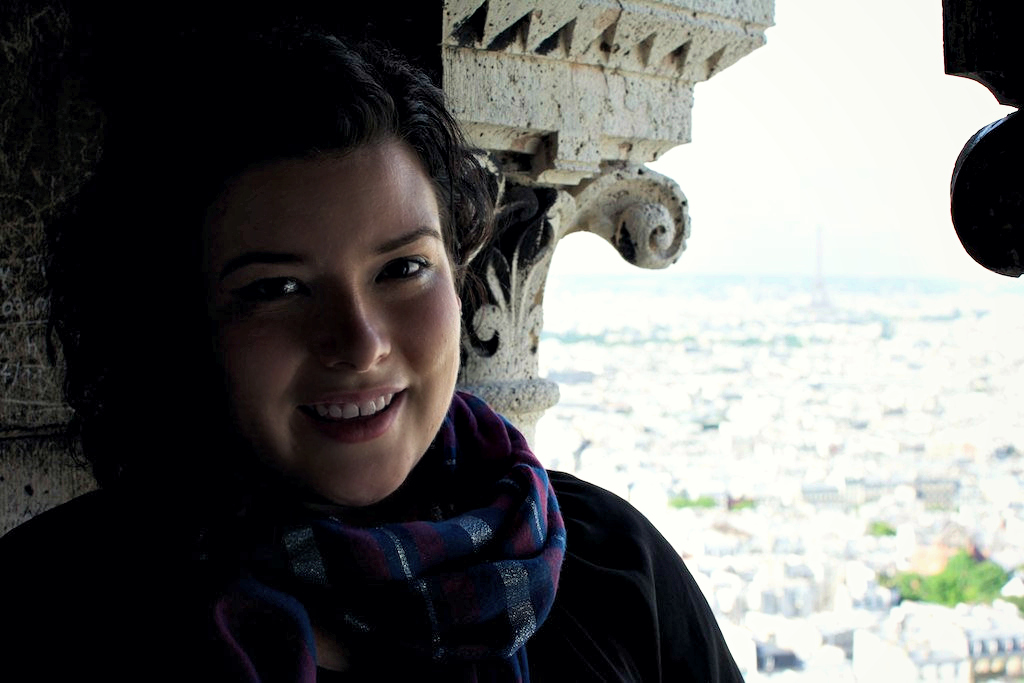 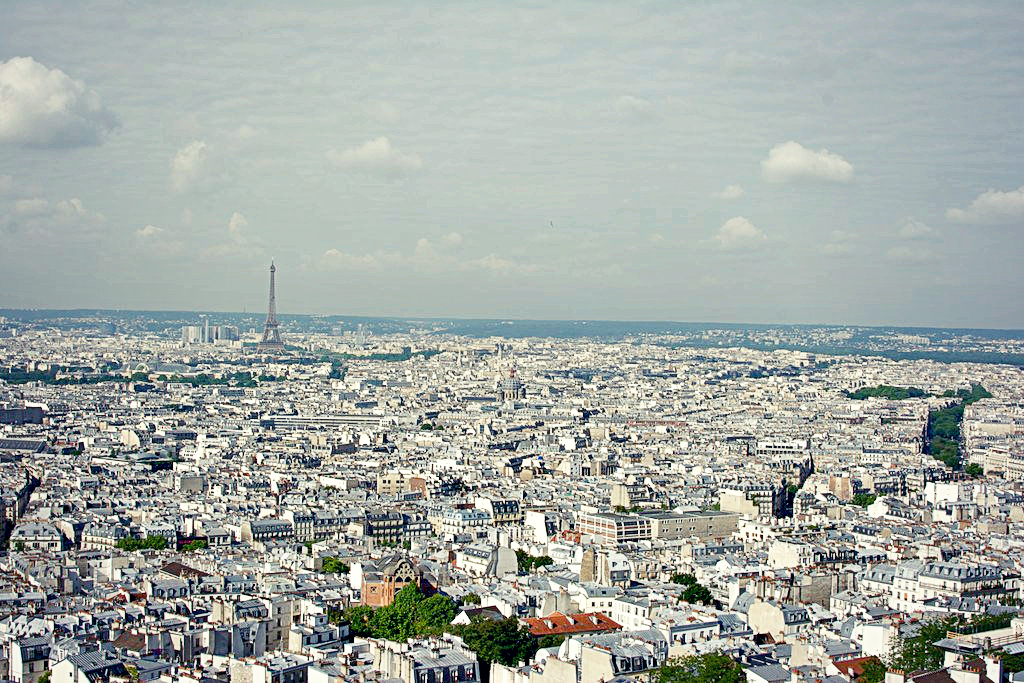 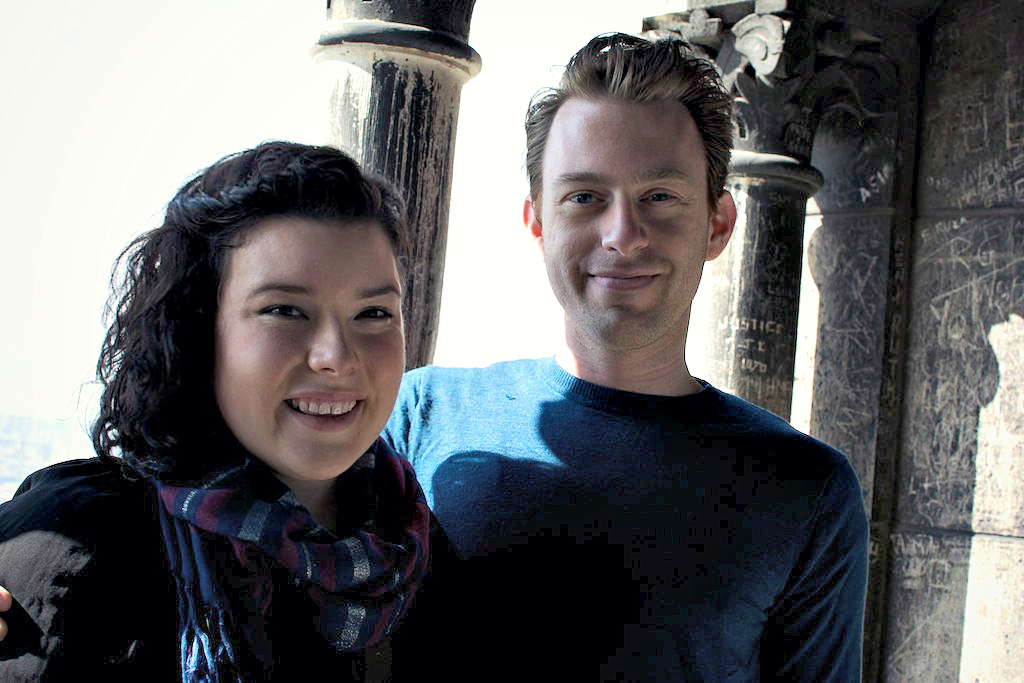 This is actually the first time I saw the Effiel tower, definitely breath taking. Also the first time I saw the monolith that is Montparnasse tower, which is pretty hideous if you ask me. Then again people hated the Effiel tower as well, so maybe time will prove me wrong. Sacre Coeur is the highest point in all of Paris, you can see practically everything in the entire city. Alternatively, you can see the dome, and most of la butte Montmarte from everywhere else in the city as well. It was a great way to start our trip, and well worth the eight euro!